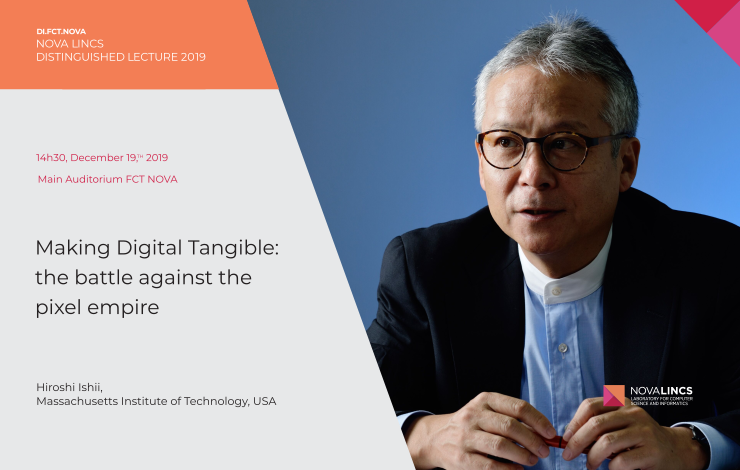 The NOVA School of Science and Technology (FCT NOVA) welcomes Hiroshi Ishii, professor and researcher at the MIT Media Laboratory, for the 8th edition of the Distinguished Lecture Series of the Department of Informatics and NOVA LINCS on December 19.

In his lecture “Making Digital Tangible: the battle against the pixel empire”, Ishii will present his research career, from the “Tangible Bits” to the “Radical Atoms”, which integrate his latest vision for the future of Interaction. Material Man, in which all digital information has a physical manifestation, allowing us to interact directly with it. This trajectory will be illustrated through a variety of interaction design projects that have been presented and exhibited at various academic, scientific and artistic events including Association for Computing Machinery’s Special Interest Group on Computer Human Interaction (ACM SIGCHI), Ars Electronica, Center Pompidou, Victoria and Albert Museum, Cooper Hewitt Design Museum.

Hiroshi Ishii is Professor Jerome B. Wiesner at the MIT Media Laboratory. After joining the MIT Media Lab in 1995, Ishii founded Tangible Media Group. From 1988 to 1994, he led the Computer-Supported Cooperative Work (CSCW) research group at NTT Human Interface Laboratories in Japan, where he and his team invented TeamWorkStation and ClearBoard.

Ishii is the founder of the Tangible User Interfaces (TUI) research area, based on the CHI'97 article “Tangible Bits” presented by Brygg Ullmer in Atlanta, Georgia, which led to the ACM International Conference on Tangible, Embedded and Embodied Interaction (TEI) in 2007.

Some of his ideas contributed to the interface design used by Tom Cruise in Stephen Spielberg's "Minority Report".

In 2019, Hiroshi Ishii was awarded the SIGCHI Lifetime Research Award of the Association for Computing Machinery (USA) for his fundamental contributions to research in the field of human-computer interaction over the last quarter of a century. 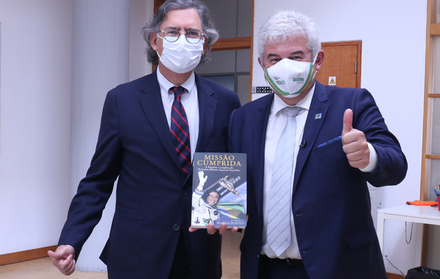 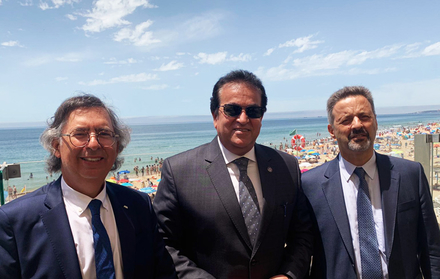