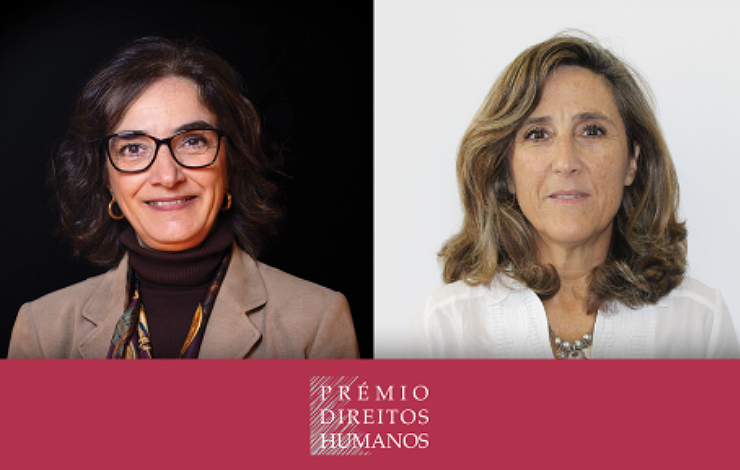 The Assembleia da República of Portugal distinguished Elvira Fortunato and Maria do Rosário Martins, both Professors and researchers at NOVA University Lisbon, with Gold Medals Commemorating the 50th Anniversary of the Universal Declaration of Human Rights. It was highlighted the contribution of scientist Elvira Fortunato “for her research work on a project led by women, to develop an ecological biosensor that, with a reduced environmental impact, will allow the rapid detection of the presence of coronavirus at wastewater treatment plants (WWTP) - the Eco2Covid project - Development of detection and monitoring platforms for coronavirus in waters–, using low-cost technology, already developed for other functions". Regarding Maria do Rosário Martins, the Assembleia da República made it known that distinguishes “her coordination work in the first comparative study in Portugal on the consequences of COVID-19 on immigrant families and Portuguese nationals in the municipality of Amadora".

In reaction to the distinction,  Elvira Fortunato,  professor and researcher at NOVA School of Science and Technology and vice-rector of NOVA, made it known that “it is always with great pride” that she sees her work being “awarded and, especially, in this area”. “I see this award as another incentive to continue working in scientific research, always with a concern for sustainability, whether in materials or processes." In turn, Professor Maria do Rosário Martins stressed that this award is the “recognition of the unique work in Portugal” which has been developed “in Amadora in collaboration with the Health Units and the NGO AJPAS”. She added: “Our study showed that the pandemic is mercilessly affecting the most vulnerable populations, in which include immigrants, and exacerbate existing inequalities. This distinction, which honors us very much, reminds us that human rights can and should guide the response and recovery of the COVID-19 and that in the current context of enormous human fragility we cannot let anybody be left behind! ”

These distinctions took place within the scope of the Human Rights Award, which this year was won by the National Health Convention in order to distinguish “all health professionals” who “have fought in the treatment and defense of human dignity, and of life itself” of those who “were affected by the pandemic disease COVID-19”. David Rodrigues, head of the Pro-Inclusion Association - National Association of Special Education Teachers, also received a Gold Medal.

The Human Rights Award was established by the Assembleia da República in 1998, the year in which the 50th anniversary of the Universal Declaration of Human Rights was celebrated. The objective is to recognize and distinguish the high merit of activities or works, by the individual or collective authorship of Portuguese or foreign citizens, that contribute to the dissemination and respect of human rights, or even to the denunciation of their violation, in the Portugal or abroad. Annually, the prize is awarded by the President of the Assembleia da República after hearing the Conference of Leaders, following a proposal by the jury constituted within the scope of the Committee on Constitutional Affairs, Rights, Freedoms and Guarantees.