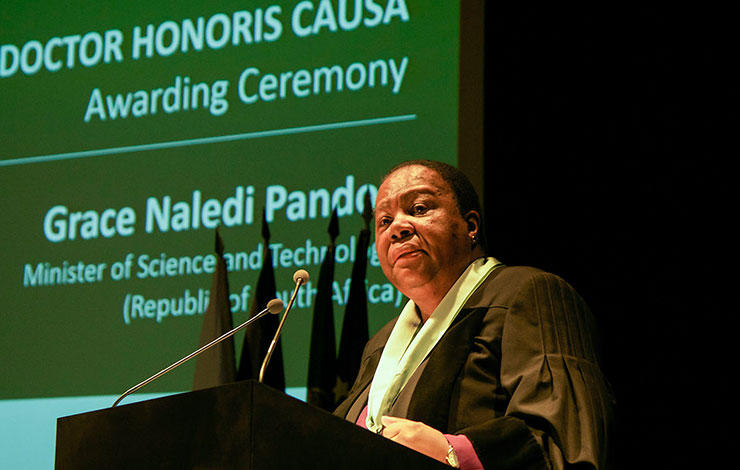 Grace Naledi Mandisa Pandor, Minister of the Science and Technology of the Republic of South Africa, received the Honoris Causa Doctorate on July 14, at the Grand Auditorium of FCT NOVA, by the NOVA University.

Grace Naledi Mandisa Pandor was born in 1953 in Durban. He received most of his education in exile and enrolled in Gaborone Secondary School in Botswana. He obtained a Bachelor of Arts in History and English from the University of Botswana in 1977, before leaving abroad, where he later graduated from the University of London.

After a long Politician focused on education, Grace Pandor was also Minister of Education, and since May 26, 2014, is Minister of Science and Technology of the Republic of South Africa.

In her address to the honorary doctorate, Grace Pandor said that in South Africa today the great challenges "...relate to, one, our investment in biosciences for public health and food security; two, better understanding and mitigating the impact of global change; three, achieving energy security; four, using science and technology to fight poverty and exclusion in our society in transition; five, optimally exploiting the potential of space science and technology, and astronomy" 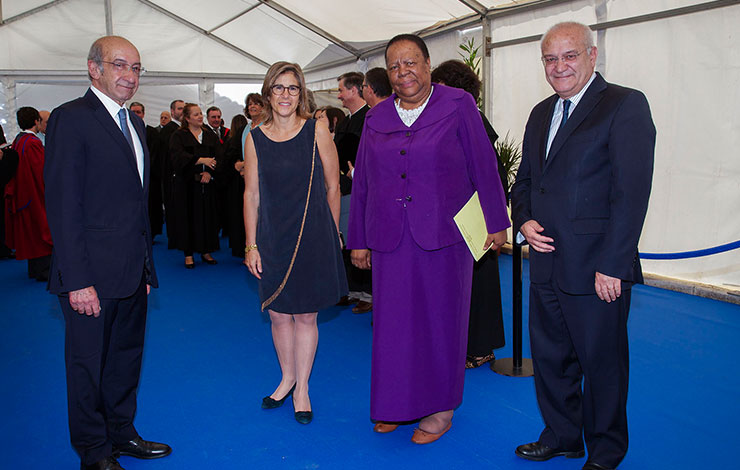 Director FCT NOVA, Sec. Of State for Science, Technology and Higher Education, Minister of Science and Technology of the Republic of South Africa, Mayor of Almada 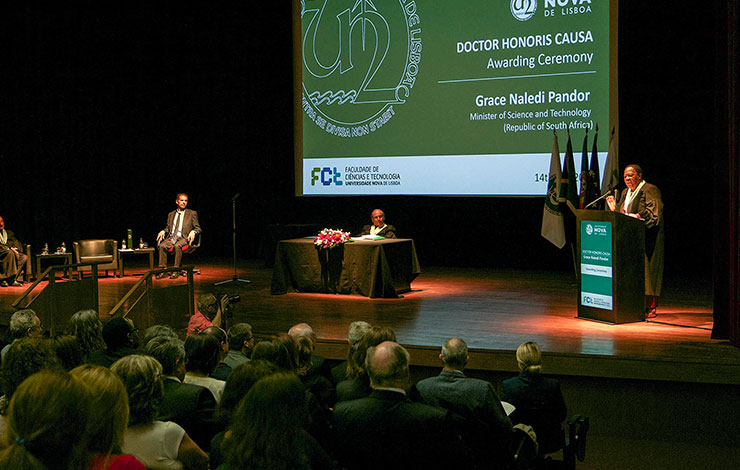 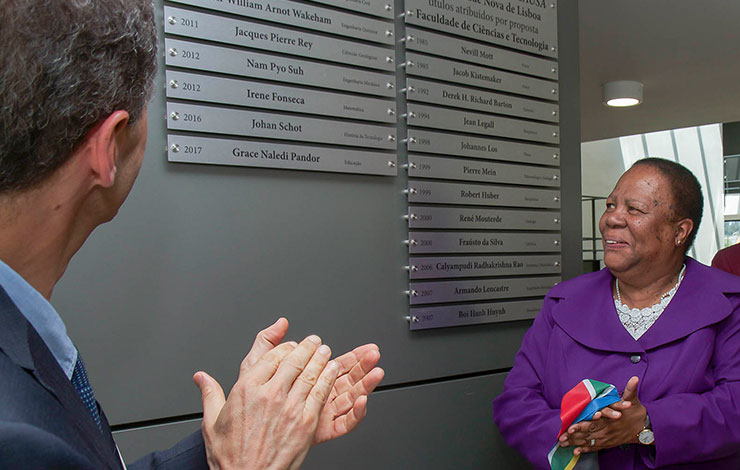 Unveiling of the Tribute Plaque 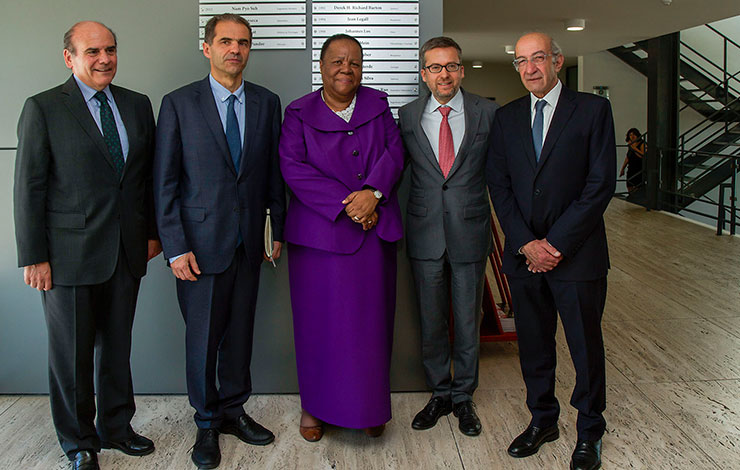 Rector of the New University, Minister of Science, Technology and Higher Education, European Commissioner, Deam of the FCT NOVA 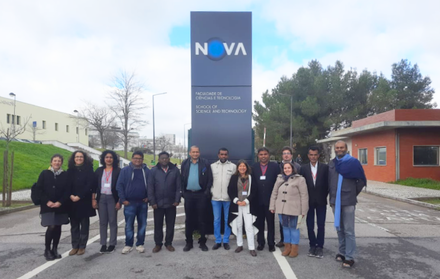 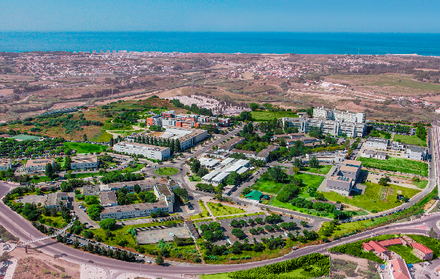