Another dinosaur puzzle solved by paleontologists 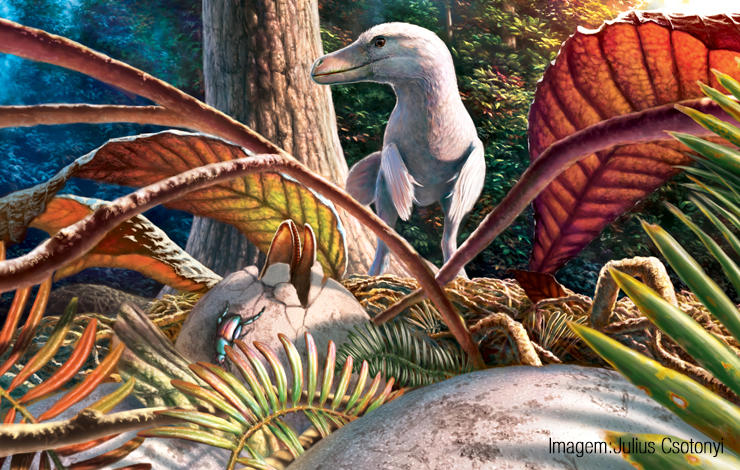 A new research, recently published in the journal "Papers in Palaeontology", yielded a conclusive, though surprising answer concerning a strange type of fossil eggshells by using an innovative investigation technique .

The study used a novel technique called Electron Backscatter Diffraction (EBSD) analysis to reveal their detailed crystallographic pattern and compare it with that of modern geckos as well as of birds and extinct bird-like dinosaurs, the so-called maniraptorans. This methodology intended to determine the true identity of these eggs that confused paleontologists for several decades.

"The EBSD allowed us to identify these structures even in the less well preserved specimens, confirming that Pseudogeckoolithus eggshells are not a true gecko eggshell. Accordingly, there is no evidence that geckoes were common in the Upper Cretaceous of Europe, as often previously interpreted ” comments Moreno-Azanza Moreno-Azanza,researcher at Departament of Earth Sciences of the NOVA School of Science and Technology.

“This was a case of a very confusing signal within the European Late Cretaceous fossil record. Due to its similarity to modern gecko eggshells, Pseudogeckoolithus eggshells were often regarded as a proof supporting the presence of ancient gecko-like lizards in the tropical archipelago covering the southern part of Europe at the end of the reign of dinosaurs” says  Seung Choi, lead author of the study.

This research is part of the project XTalEggs (PTDC/CTA-PAL/31656/2017) founded by the Portuguese Foundation for Science and Technology.