Physics explain the effect of drug used in cancer radiotherapy 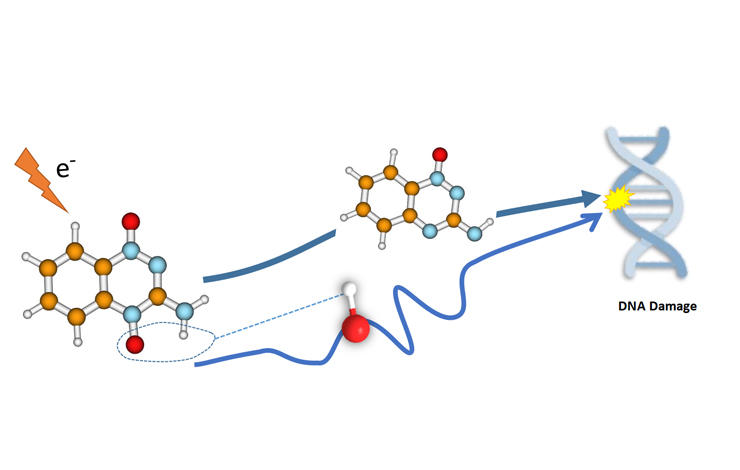 João Ameixa, student of the doctoral program in Radiation Biology and Biophysics at the NOVA School of Science and Technology, and his advisors, Filipe Ferreira da Silva (Department of Physics, FCT NOVA) and Stephan Denifl (University of Innsbruck, Austria), are co-authors of the study that deciphered an important mechanism for the effectiveness of tirapazamine in radiotherapy.

Tirapazamine is a very effective drug used against cancer, as proven and tested by several studies at clinical level. However, the way this drug works is not known in detail. In this study, it was observed that the hydroxyl radical (OH •) is able to move in the vicinity of the molecule, eventually bonding to distinct parts of it - the so-called “Roaming Mechanism”. Through the most likely decomposition channel, the hydroxyl radical is released from the molecular anion. However, when tirapazamine is microsolvated, that is, when the molecule is linked to several water molecules, the production of hydroxyl radicals is considerably suppressed. Therefore this study offers a description of the mechanism of electronic capture by the molecule tirapazamine thus deciphering the mechanism of action of this drug at the molecular level.

The results can be found in the article “Reactions in Tirapazamine Induced by the Attachment of Low‐Energy Electrons: Dissociation Versus Roaming of OH” published in the prestigious "Angewandte Chemie" journal (IF 12.257), and selected by the editors as “Hot Paper” in the area of radiosensitizers. 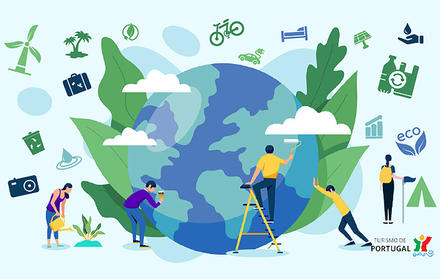 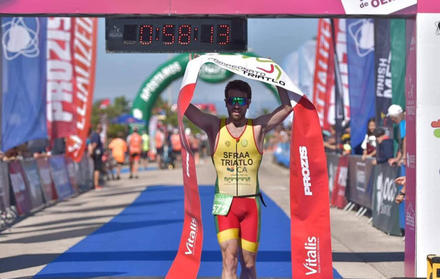