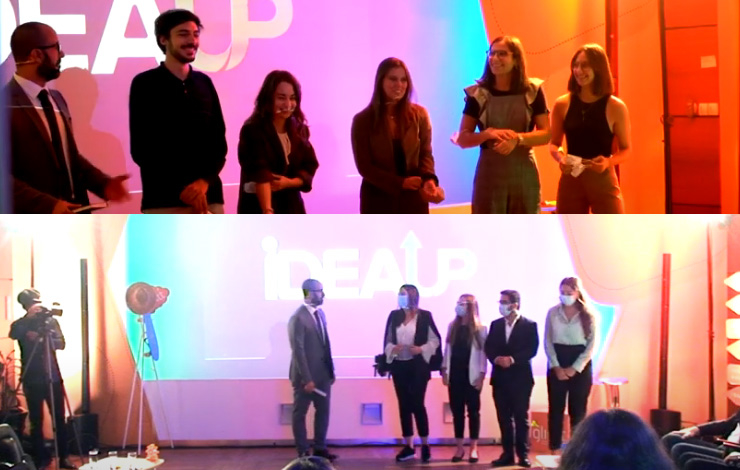 47Care and Fala+ are the two projects developed by students at NOVA School of Science and Technology that won the IdeaUp, an entrepreneurship competition in the health area promoted by Glintt.

Among the seven finalists, the 47Care project, developed by Sara Cabrita, Rita Marques, Inês Gonçalves, Miguel Silva and Alice Castelhano, was the big winner. The team plans to develop a new test for sexually transmitted diseases that can detect three common diseases employing a more straightforward method. Students of Mathematics, Electrotechnics and Biomedicine at FCT NOVA, had already been the winners of the Glintt Prize in the Final Session of Entrepreneurship at the NOVA School of Science and Technology, and once again won the podium at IdeaUp. With this victory, in addition to the monetary prize, the students will have access to an incubation period at the Instituto Pedro Nunes, in Coimbra.

Glintt also decided to award a second prize to the Fala+ project, proposed by Beatriz Lago, Daniela Martins, Joana Rebelo and Ricardo Cebola, students of the Integrated Masters in Biomedical Engineering. The team intends to create an application with a revolutionary purpose for treating and monitoring pathologies in various areas of intervention in speech therapy. Cláudia Quaresma, professor and researcher at the Department of Physics at FCT NOVA, and Alexandra Afonso, speech therapist at Hospital do Litoral Alentejano, mentored the project. The team will now develop the prototype in partnership with the University of Beira Interior and Glintt.
In December, the two teams will present the prototype at the IdeaUp Investors Day, the concluding phase of the entrepreneurship program where it will be decided which idea they are interested in financially supporting, leading to the creation of the startup and its incubation strategy.

Photo: Above 47Care, the winning team, below the runner-up, Fala+